skip to main | skip to sidebar

The Gathering Space of course changes and somehow stays the same, in its heart. The location has shifted, but the red wagon lives and thrives. We have been working at Evangeline for months now but so busy that we have not posted! We means Loree, Kim (at times), me (Nancy) and Liz. Loree did have to leave us for a post with the Ontario Arts Council... So sad but at the same time... so grand!
And so my intent is to catch up with what we have been doing. And that includes updating, finding images, and telling those who miss us what we have been up to!
Posted by The Gathering Space at 8:26 PM No comments:

The Monday Art Group at Evangeline

Currently the main project of the Red Wagon Collective is the Monday Art Group at Evangeline Women's Residence in the Junction, a neighbourhood in Toronto, Canada. Artists from the community gather every week with women living at Evangeline to make art. Last year we completed the Evangeline Transformation Project which was a series of banners designed by the group and installed inside and outside of the shelter. We also created a Quilt out of all the scrap knitting a crocheting that women do. The Quilt is used as the basis of a interactive performance piece about women and homelessness, which has travelled to conferences around the world.
Currently we have secured a small amount of funding to do a photo-voice research project on homelessness, aging and disability. We also have many plans for public art installations around the Junction.
The Gathering Space was the first project initiated by the Red Wagon Collective, out of which the Monday Art Group arose. 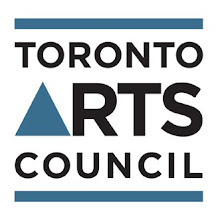 Current Artists
NANCY VIVA DAVIS HALIFAX is an artist, educator, research whose work involves everyday practices, the use of artefacts, and the performative. She finds herself using a broad definition of art in order to reflect upon, research, and respond to community ideas, narratives and memories. She understands community as a radical place for transformation, using the arts as one of the tools for social justice and engagement. Nancy lives in the Junction neighbourhood.

KIM JACKSON has long been working as an artist and activist with knowledge production based on the everyday experiences and expression from the margins of capitalism. Her work takes the form of anti-capitalist performative social arts. She has worked with other community members from the Junction on “The Community Feast Project,” a huge dinner party which affords a space for people to break through the parallel realities engendered by gentrification. She is also engaged in an ongoing collective video project, the MoneyProject, which examines lives lived under capitalism. To date she is working on her Phd in Environmental Studies at York University.

Past Artists
LOREE LAWRENCE (Lead Artist) is an artist, educator, and consultant whose work with community-engaged art initiatives spans more then 20 years. As the Theatre Director at KYTES (Kensington Youth Theatre and Emloyment Skills) in Toronto from 1995 to 2000, Loree worked extensively with street-involved youth creating collaborative interdisciplinary performances combining theatre, video, music, movement, and visual arts. After moving to Vancouver, Loree became the Creative Director at Projections, a film and video mentorship project for street-involved youth; and directed Leaky Heaven Circus' youth project which won a Jesse Award for youth and community involvement. From 2005-2007, Loree worked with Jumblies Theatre on the Bridge of One Hair project in Etobicoke: as Lead Artist for Where I'm From performance/installation at Montgomery's Inn (2005); as Associate Artistic Director (2005/06); and Lead Installation Artist and Evaluation Consultant (Flying Squad) (2006/07). Bridge of One Hair was presented at Harbourfront Centre for Fresh Ground and World Stage in May 2007.
Loree completed an MA in Arts Education in 2006 and is a partner in Resonance Creative Consulting Partners with Margo Charlton. In Spring 2007, Resonance produced Moving Forward: a report on the Creative City: Block by Block for the Toronto Arts Council Foundation. Their current project is a national study of the evaluation of community arts projects for Canadian Public Arts Funders (CPAF).
LIZ FORSBERG is a community artist and musician living in Toronto's Junction neighbourhood. Her work explores themes of urban ecology, memory and public space and manifests itself in the streets, alleyways, parks and ravines of Toronto in collaborations with community groups such as Lost Rivers, Toronto Public Space Committee and Jane and Finch Community and Family Centre. She is currently working on a collaborative project with the Art Gallery of York University and youth at the Jane and Finch Boys and Girls Club entitled Black Creek United.

AMY KAZYMERCHYK is interested in the physical, tactile and interactive aspects of experimental filmmaking. She is currently focusing on making personal essay films that document her relationship to landscape, location, home and travel. She resides in Toronto and Vancouver where she is discovering her love of film culture, curating and programming, throwing parties, and collaborating with artists on wild film adventures.
She holds a Bachelor of Media Arts from the Emily Carr Institute. Her films and videos have screened at festivals such as the Cineffable Lesbian Film Festival in Paris, The Boston Underground Film Festival, and The Women's International Film Festival in Seoul. Her film What don't you understand about "I'm leaving again?" recently won the best Cinematography Award at the 50/104 Film Festival in Saskatoon. She is currently promoting and touring a Retrospective of Allyson Mitchell and Christina Zeidler's film and video work that she initially curated for Vancouver's Queer Film and Video Festival.
Amy is excited to be working with Loree Lawrence again, after they first met in Vancouver while working together with Projections- Film and Video Training and Mentorship project for Street Involved Youth. Amy has continued to contribute to Community Arts Initiatives including curating for Gallery Gachet and coordinating and and facilitating Anti-Homophobia and Anti-Racism workshops with the Access to Media Education Society.
NOAH KENNEALLY is a performance artist, an arts educator and researcher, and a visual artist. Based in Toronto, he works in many media - including physical theatre, storytelling, community-engaged arts, visual arts and puppetry.

Working as a designer, facilitator, researcher, performer and builder, Noah has collaborated and worked in Toronto recently with Shadowland Theatre, Theatre Rusticle, Blue Ceiling Dance Projects and is currently an associate artistic co-coordinator with Jumblies Theatre.